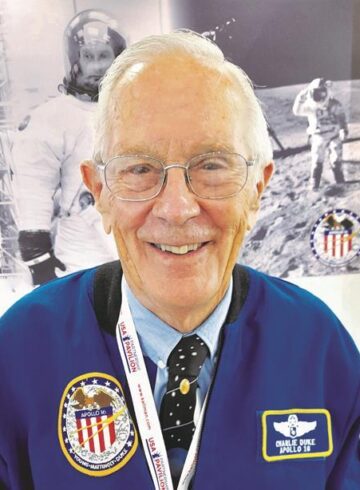 When notified of his selection as an astronaut, Charlie Duke was at the Air Force Aerospace Research Pilot School as an instructor teaching control systems and flying where he had been since graduating from the Aerospace Research Pilot School in September 1965. Before that in 1957, after graduation from the Naval Academy, Duke entered the Air Force. Duke went to Spence Air Base, Georgia, for primary flight training and then to Webb Air Force Base, Texas, for basic flying training, where in 1958 he became a distinguished graduate. He was again a distinguished graduate at Moody Air Force Base, Georgia. Upon completion of this training, he served three years as a fighter interceptor pilot with the 526th Fighter Interceptor Squadron at Ramstein Air Base, Germany.

Duke was one of the 19 astronauts selected by NASA in April 1966. He served as member of the astronaut support crew for the Apollo 10 flight. He was capsule communicator for Apollo 11, the first landing on the Moon and he served as backup lunar module pilot on Apollo 13.

Duke served as lunar module pilot of Apollo 16, April 16-27, 1972. Apollo 16 was the first scientific expedition to inspect, survey, and sample materials and surface features in the Descartes region of the rugged lunar highlands. Duke commenced the record setting lunar surface stay of 71 hours and 14 minutes by maneuvering the lunar module “Orion” to a landing on the rough Cayley Plains. In three subsequent excursions onto the lunar surface, he logged 20 hours and 15 minutes in extravehicular activities involving the emplacement and activation of scientific equipment and experiments, the collection of nearly 213 pounds of rock and soil samples, and the evaluation and use of Rover-2 over the roughest and blockiest surface yet encountered on the moon.

Charlie Duke is married to Dorothy and they have two sons. 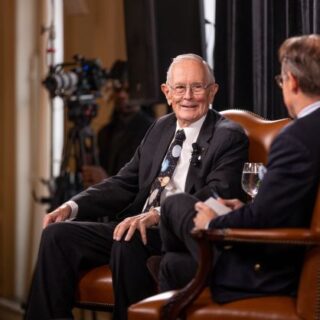