On the eve of his 59th wedding anniversary, the tenth man to walk on the Moon, astronaut Charlie Duke is interviewed by Eric Metaxas for a special Socrates in the City event commemorating the 50th anniversary of the Apollo 16 Moon landing. The two discuss General Duke’s career leading up to his momentous trip to the Moon, details and dangers that nearly derailed the historic event, and then Metaxas asks — to the 36 year-old Charlie Duke who has just returned from the Moon in 1972 — “you’ve just returned from the Moon, now what are you going to do?” General Charlie Duke ends the evening by asking Eric, “may I have a closing statement?” and gives a word for the ages.

In reflecting on the conversation, Eric Metaxas, founder and host of Socrates in the City, says, “it was difficult not to be moved at a few junctures in the conversation, and Charlie himself got choked up a few times. We also had a few laughs, which is not unimportant. It was a genuinely magical evening.”

This event took place at the Union League Club in New York City in May 2022. Learn more about Socrates in the City at socratesinthecity.com.

Sign up to receive Socrates in the City updates on new arrivals, events, giveaways, and more! We’ll keep you in the loop without overdoing it. Promise. 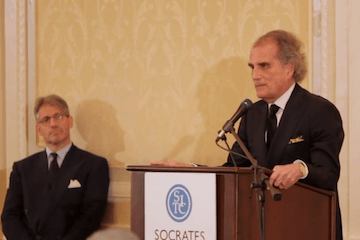 Militant atheism is on the rise. In recent years Richard Dawkins, Sam Harris, Daniel Dennett, and Christopher Hitchens have produced a steady stream of best-selling books denigrating religious belief. These... 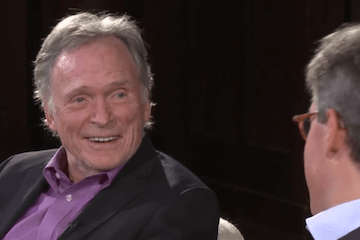 Eric Metaxas interviews the legendary Dick Cavett on "What is the Price of Fame?" at Socrates in the City.... 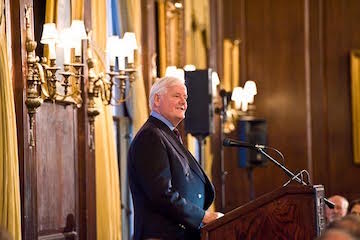 A Free People’s Suicide: Sustainable Freedom and the American Future

Eric Metaxas and Socrates in the City host an evening with author and social critic Os Guinness on the topic of his book, A Free People's Suicide: Sustainable Freedom and...