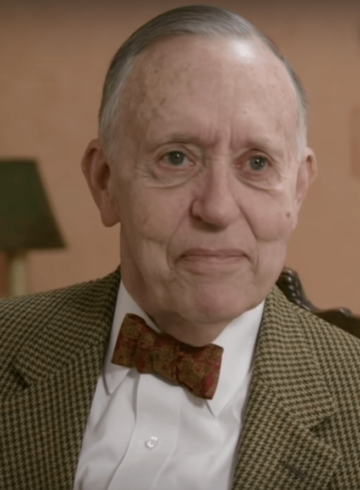 Thomas Howard is the celebrated author of many books, including his well-known memoir, Christ the Tiger, and Chance or the Dance?, of which Peter Kreeft, professor of philosophy at Boston College and The King’s College, has said:  “If I could have everyone in our culture read just ten books, this would be one of them.” Howard is widely known for his inimitable prose style.

Howard received his B.A. in English Literature from Wheaton College, his M.A. from University of Illinois, and Ph.D. from NYU, in English Literature with a concentration in Medieval and Renaissance Studies. Howard’s dissertation was on C.S. Lewis’s friend, Charles Williams.  Howard’s critical study, The Novels of Charles Williams, is widely considered the definitive work on the subject. A lifelong Lewis scholar, Howard visited Lewis at the Kilns in 1961. Peter Kreeft has called Howard’s C.S. Lewis:  Man of Letters, “without question the best book yet written about C.S. Lewis.”

Howard has taught at boys schools in England and at St. Bernard’s School in New York City. From 1970-1985 he was professor of English Literature at Gordon College in Massachusetts, and then at St. John’s Seminary from 1985-1999, where he later became emeritus professor of English. Howard later taught at the College of St. Thomas in Fort Worth, Texas, and at the Intil Theological Institute in Gaeming, Austria, a papal institute of graduate studies in philosophy and theology for students from former Soviet countries. He is currently a Distinguished Fellow with the C.S. Lewis Foundation. 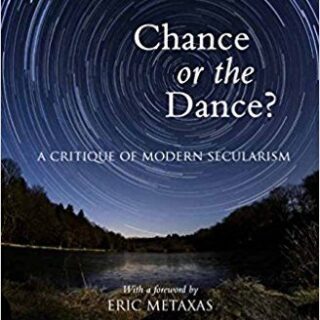 Chance or the Dance? 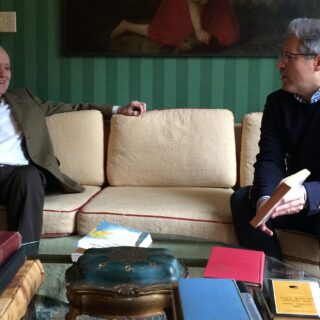 Chance or the Dance – Part 1