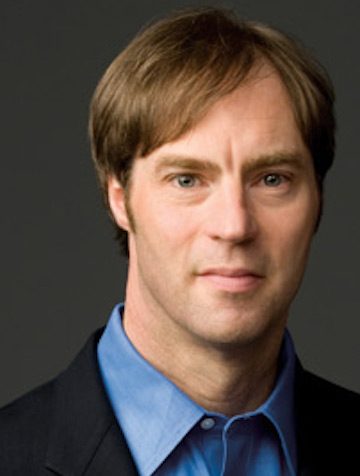 Stephen Meyer received his Ph.D. in the Philosophy of Science from the University of Cambridge. A former geophysicist and college professor, he now directs Discovery Institute’s Center for Science and Culture in Seattle. He has authored the New York Times best seller Darwin’s Doubt: The Explosive Origin of Animal Life and the Case for Intelligent Design (2013), as well as, Signature in the Cell: DNA and the Evidence for Intelligent Design (2009), which was named a “Book of the Year” by The Times of London Literary Supplement in 2009.

Meyer graduated from Whitworth College in Spokane, WA, with a degree in physics and earth science. He later became a geophysicist with Atlantic Richfield Company (ARCO) in Dallas, Texas. From 1981 to 1985, he worked for ARCO in digital signal processing and seismic survey interpretation. In 1986 as a Rotary International Scholar, he began his training in the history and philosophy of science at Cambridge University, earning an M.Phil and Ph.D. His doctoral thesis was titled “Of Clues and Causes: A Methodological Interpretation of Origin-of-Life Research.”

He returned to Whitworth in the fall of 1990 to teach philosophy and the philosophy of science. He left a tenured position as a professor at Whitworth in 2002 to direct the Center for Science and Culture full time, which he had helped found with John West in 1996.

Prior to the publication of Signature in the Cell and Darwin’s Doubt, the writing for which Meyer was best known was an August 2004 review essay in the Smithsonian Institution affiliated peer-reviewed biology journal Proceedings of the Biological Society of Washington. The article laid out the evidential case for intelligent design, presenting it as the best explanation for the origin of the biological information necessary to produce the new forms of animal life that arose abruptly during the Cambrian explosion.

Because the article was the first peer-reviewed publication arguing for intelligent design in a technical journal, it proved extremely controversial. The journal’s editor, evolutionary biologist Richard Sternberg, was punished by his Smithsonian supervisors for allowing Meyer’s article into print. This led to the investigation of top Smithsonian personnel by the U.S. Office of Special Counsel. The controversy was widely covered in the media with articles or news stories appearing about it in The Wall Street Journal, Science, Nature, NPR, The O’Reilly Factor and the Washington Post. The federal investigation eventually concluded that Sternberg had been wrongly disciplined and intimidated.

Meyer’s many other publications include ten chapter contributions to the 2015 collection of essays Debating Darwin’s Doubt as well as contributions to, and the editing of, the peer- reviewed volume Darwinism, Design and Public Education (2004) and the innovative textbook Explore Evolution (2007).

Meyer has also published editorials in national newspapers such as The Wall Street Journal, USA Today, The National Post (of Canada), The Daily Telegraph (of London) and The Los Angeles Times. He has appeared on national television and radio programs such as The Jim Lehrer News Hour, NBC Nightly News, ABC Nightly News, CBS Sunday Morning, Nightline, Fox News Live, Paula Zahn Now (CNN), Good Morning America, and The Tavis Smiley Show on PBS. He has also been featured in two New York Times front-page stories and has garnered attention in other top national media.

In 2008, he appeared with Ben Stein in the theatrical-released documentary Expelled: No Intelligence Allowed. He has also been featured prominently in the science documentaries Icons of Evolution, The Case for a Creator, Darwin’s Dilemma, and Unlocking The Mystery of Life, the latter which was shown on PBS and which Meyer co-wrote with producer Lad Allen. 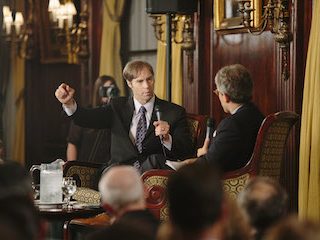 The Return of the God Hypothesis 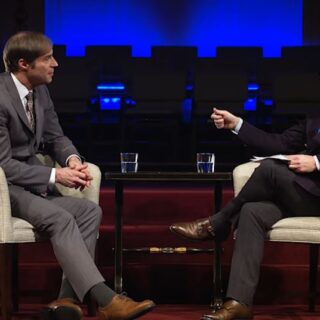 Stephen Meyer: The Return of the God Hypothesis