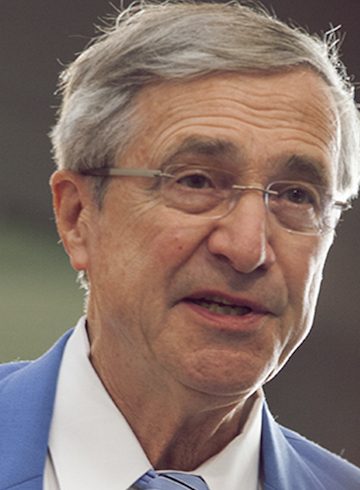 Peter Kreeft is a Professor of Philosophy at Boston College and The King’s College in NYC. He earned his B.A. at Calvin College and his M.A. and Ph.D. at Fordham University, along with brief post-graduate studies at Yale University.

He has debated several academics in the issues related to God’s existence. Shortly after he began teaching at Boston College in 1965, he was challenged to a debate with Paul Breines, an atheist and history professor, which was attended by a majority of undergraduate students. Kreeft later used many of the arguments in this debate to create the Handbook of Christian Apologetics with then undergraduate student Ronald K. Tacelli, S.J. In addition, he has authored more than 65 books including Christianity for Modern Pagans (1993); The God Who Loves You: Love Divine, All Loves Excelling (2004); Fundamentals of the Faith (2008); Socratic Logic: Text using Socratic Method, Platonic questions, and Aristotelian Principles (2010 – 3rd Edition); Practical Theology: Spiritual Direction from St. Thomas Aquinas (2014); and Catholics and Protestants: What Can We Learn from Each Other? (2017).

Kreeft is a regular contributor to several Christian publications, and is in wide demand as a conference speaker around the world.

Where Do We Go From Here?: A Philosopher’s Thoughts on Eternity