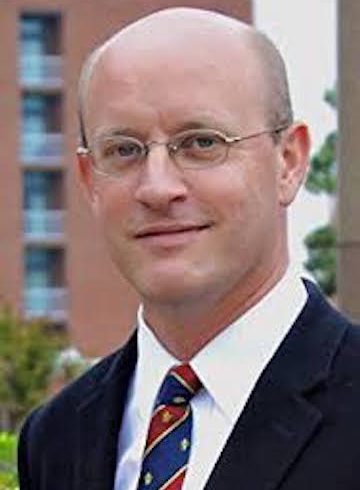 Michael Ward is Senior Research Fellow at Blackfriars Hall, University of Oxford. He is the author of the award-winning Planet Narnia: The Seven Heavens in the Imagination of C.S. Lewis and co-editor of The Cambridge Companion to C.S. Lewis. He studied English at Oxford, Theology at Cambridge, and has a Ph.D. in Divinity from St Andrews.

Though based at Blackfriars in Oxford, Ward is also employed as Professor of Apologetics at Houston Baptist University, Texas, teaching one course per semester as part of the online M.A. program in Christian Apologetics.

On the fiftieth anniversary of C.S. Lewis’s death, November 22 2013, Ward unveiled a permanent national memorial to him in Poets’ Corner, Westminster Abbey. He is the co-editor of a volume of commemorative essays marking the anniversary, entitled C.S. Lewis at Poets’ Corner (2016).

Ward presented the BBC1 television documentary, The Narnia Code (2009), directed and produced by the BAFTA-winning film-maker, Norman Stone. He authored an accompanying book entitled The Narnia Code: C.S. Lewis and the Secret of the Seven Heavens.

Ward’s chief claim to fame, however, is that he handed a pair of X-ray spectacles to James Bond in the movie The World Is Not Enough. 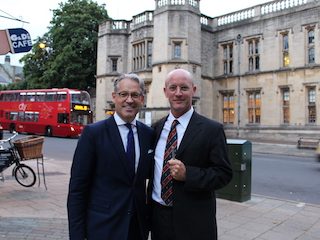