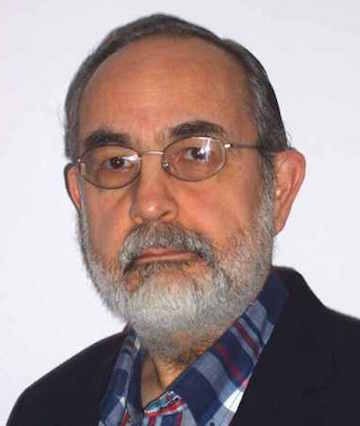 Merold Westphal is the Distinguished Professor Emeritus of Philosophy at Fordham University in New York City, and Honorary Professor of Australian Catholic University. His research and writing are focused upon modern Continental philosophy with a particular emphasis on the historical development and systematic integrity of individual thinkers, their dialogue and debate with one another, and their contributions to the philosophy of religion, political philosophy, and aesthetics.

A summa cum laude graduate of Wheaton College, Westphal was a Woodrow Wilson Fellow at Yale University where he earned a Ph.D. in philosophy. He began his teaching career at Wheaton, then joined the Yale philosophy faculty, became a fellow of Jonathan Edwards College, and was promoted to associate professor in 1972. He accepted an invitation to come to Fordham as Professor of Philosophy in 1987, served as the university’s director of Graduate Studies for five years, and was named Distinguished Professor of Philosophy in 1997. He has been a visiting professor at Juniata College, Loyola College in Maryland, Villanova University, and Harvard Divinity School, as well as an adjunct professor at Fuller Theological Seminary.

Westphal has served as president of the Hegel Society of America and the Søren Kierkegaard Society, as executive co-director of the Society for Phenomenology and Existential Philosophy, and as a member of the national board of the American Philosophical Association.

A recipient of the Aquinas Medal presented by the University of Dallas, he has lectured widely in the United States, Europe, China, and Brazil. He serves on the editorial boards of five academic journals and is general editor of the Indiana University Press series in Philosophy and Religion. In addition to publishing numerous papers in academic journals and in volumes of collected works, he has authored or co-authored several books including, Inflation, Poortalk, and the Gospel (1981); History of Truth in Hegel’s Phenomenology (1979, 1990, and 1998); Hegel, Freedom, and Modernity (1992); God, Guilt, and Death: An Existential Phenomenology of Religion (1984); Kierkegaard’s Critique of Reason and Society (1987 and 1991); Becoming a Self: A Reading of Kierkegaard’s Concluding Unscientific Postscript (1996); Levinas and Kierkegaard in Dialogue (2008); Suspicion and Faith: The Religious Uses of Modern Atheism (1996); Overcoming Onto-Theology (2001); Transcendence and Self-Transcendence (2004); and Whose Community? Which Interpretation?: Philosophical Hermeneutics for the Church (2009). Westphal has also edited several books, including Kierkegaard in Post Modernity (1995); Remembrance and Responsibility (1997); Conflicts and Convergences (1998); and Postmodern Philosophy and Christian Thought (1999).