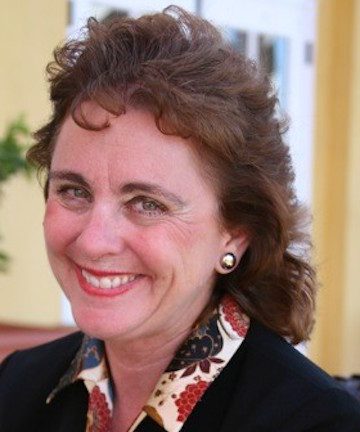 Jennifer Roback Morse was the founder and President of the Ruth Institute (2008-2013), a global non-profit organization focused on keeping the family together, protecting the rights of children and helping the millions of people who have been harmed by family breakdown. She is the Senior Research Fellow in Economics at the Acton Institute for the Study of Religion and Liberty.

Morse has authored or co-authored several books and spoken around the globe on marriage, family and human sexuality. Her books include, Smart Sex: Finding Life-long Love in a Hook-up World (2005); and Love and Economics: Why the Laissez-Faire Family Doesn’t Work (2001); reissued in paperback, as Love and Economics: It Takes a Family to Raise a Village (2010); 101 Tips for a Happier Marriage: Simple Ways for Couples to Grow Closer to God and to Each Other (2013); The Sexual Revolution and Its Victims (2015); and 101 Tips for Marrying the Right Person: Helping Singles Find Each Other, Contemplate Marriage, and Say I Do (2016).

Morse served as a Research Fellow for Stanford University’s Hoover Institution from 1997-2005. She received her Ph.D. in economics from the University of Rochester, and spent a postdoctoral year at the University of Chicago. She taught economics at Yale University and George Mason University for 15 years. She was John M. Olin visiting scholar at the Cornell Law School in fall 1993. Over the years, she has been a regular contributor to the National Review Online, National Catholic Register, Town Hall, MercatorNet and To the Source.

In the fall of 2008, Morse was a consultant for the Protect Marriage campaign in favor of Proposition 8 in California. In April 2008, Morse presented at the Harvard conference, “The Legacy and Future of Feminism.” In July 2006, Morse was one of the few Americans who lectured at the Fifth Annual Meeting of Families in Valencia Spain, sponsored by the Pontifical Council on the Family. She lectured in Rome in 1997, and in 2006 at Acton Institute conferences celebrating the Papal encyclical, Centesimus Annus. Morse was named one of the “Catholic Stars of 2013” on a list that included Pope Francis and Pope Benedict XVI. Her public policy articles have appeared in Forbes, National Review, Policy Review, The American Enterprise, Fortune, Reason, the Wall Street Journal, Vital Speeches, and Religion and Liberty.

Can We Talk? Why the Same-Sex Marriage Issue Has Become So Toxic