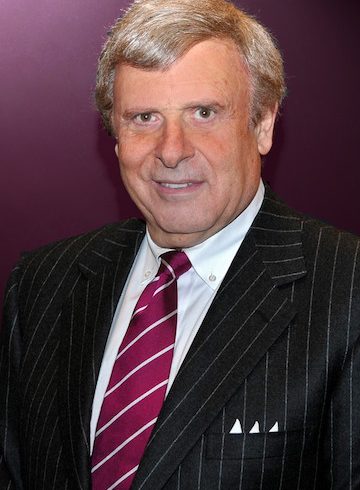 Herbert London, president of the London Center for Policy Research and Senior Fellow at the Manhattan Institute, is one of America’s leading public intellectuals. He is the former president of the Hudson Institute. He is Professor Emeritus and the former John M. Olin Professor of Humanities, at New York University. He was responsible for creating the Gallatin School of Individualized Study in 1972 and served as its dean until 1992. This school was organized to promote the study of “great books” and classic texts.

London graduated from Columbia University, and received his Ph.D. from NYU. In 1989, London was one of the Republican candidates for Mayor of New York City. In 1990 he was the Conservative Party Candidate for Governor of New York garnering more votes than any third party candidate in the state’s history.

London is the author and editor of twenty-seven books including, America’s Secular Challenge: The Rise of a New National Religion (2008); Reclaim American Liberty (2012); The Transformational Decade: Snapshots of a Decade from 9/11 to the Obama Presidency (2012); and The BDS War Against Israel: The Orwellian Campaign to Destroy Israel Through the Boycott, Divestment and Sanctions Movement (2014). He also wrote three plays including, My Most Embarrassing Moment, A Love That Cannot Speak Its Name, and Mr. Tin Pan Alley.

In addition to London’s television program, Myths that Rule America, he created a 47-part CBS series entitled The American Character. He has been a guest lecturer on many major radio and television news programs, at colleges and universities, and has appeared as co-host on the popular CNN program, Crossfire. He is the chairman of the National Association of Scholars, and is the erstwhile editor of Academic Questions. London was Executive producer of “Rodney King Incident.” He was formerly syndicated by Knight-Ridder and Bridge News. He is a contributing editor for St. Croix Review, American Arts Quarterly and The American Spectator. London wrote a monthly newsletter called The London Letter and a nationally syndicated column for King Features.

London is listed in the Outstanding People of the 21st Century; Directory of Distinguished Americans; Who’s Who in Education; Who’s Who in the East; Men of Distinction; Who’s Who in America, Kingston’s National Registry of Who’s Who, and 2000 Outstanding Intellectuals of the 21stCentury. He is a recipient of honorary degrees from the University of Aix-Marseille, 1983 and Grove City College, 1993. He received a Presidential Citation from NYU, is a recipient of the National Pro-Am Achievement Award, was the 1996 recipient of the Martin Luther King Award from the Congress of Racial Equality for Citizenship Achievement, was the 1997 recipient of the Jacques Maritain Society Award, was the first recipient of the Peter Shaw Award for his exemplary writing on higher education and American intellectual culture, was awarded the Templeton Honor Roll Award in 1997 as one of the nation’s exemplary professors. In 2000, he received the Ellis Island Medal of Honor, in 2001 the American Jewish Congress Award, and in 2002 the Liberty and Media Award. In 2011, he received the Harbour League’s Founders Award and in 2012 he was given the Jeane Kirkpatrick Academic Freedom Award from the Bradley Foundation.

He is contributing editor at The American Spectator. He formerly served on the Board of Governors at St. John’s College, the Board of Overseers at the Center for Naval Analyses and the board of the Hudson Institute. He is an affiliated professor at the University of Haifa in Israel.

America’s Secular Challenge: The Rise of a New National Religion