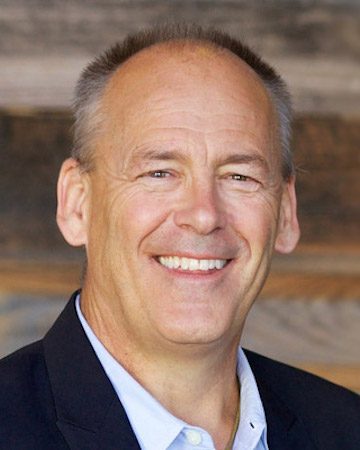 It is a rare set of skills that enable David Batstone to be active as a business entrepreneur, professor and journalist. Batstone is the former Executive Editor of Sojourners magazine, the leading voice at the crossroads of politics, business, spirituality and culture.

Batstone teaches in the department of Entrepreneurship and Innovation at University of San Francisco’s School of Management. Previously a private equity banker in the technology industry, he is published widely in both academia and the popular press. His five books feature entrepreneurship at the crossroads of business and society. USA (Today) Weekend describes Batstone as “one of the country’s leading authorities on ethics in the business world.” In 2004, he received the Nautilus Award “2004 Best Business Book” for his book Saving the Corporate Soul and (Who Knows?) Maybe Your Own.

A sought-after speaker and consultant to businesses and nonprofits alike, Batstone works with entrepreneurs and investors to create forward-thinking companies that return dignity to people and planet and shares his unique model for developing successful enterprises that create an opportunity for everyone. His ground-breaking work has earned him numerous awards. In 2017, the United Nations Women for Peace Association selected him as their annual Peace Award winner. He also was awarded in 2017 the Harari Conscious Leadership and Social Innovation prize (USF School of Management award).

Batstone is the founder and managing director of Just Business, a social impact investment firm. His portfolio of successful ventures includes REBBL–” top new organic beverage in the USA” (2016), Z Shoes, Square Organics, and Not For Sale. As founder of Not For Sale, he has connected business leaders, celebrities, politicians, and students to design strategic solutions for the 30 million human slaves in the world today.

In 1997, Batstone was one of the founding team members of Business 2.0 magazine, which burst onto the publishing scene with National Magazine Award “Best New US Magazine.”  Time-Warner acquired Business 2.0 magazine in 2001. He also has been a contributor to The New York Times, Wired, The Chicago Tribune, Spin, Stanford Social Innovation Review, and The San Francisco Chronicle.

Batstone earned his B.A. in Psychology from Westmont College in 1980, M.Div. from International Baptist Seminary, Rüschlikon, Switzerland in 1982, M.Div. from Pacific School of Religion in 1984 and Ph.D. in Systematic Theology, Graduate Theological Union in 1989.

Not for Sale and Amazing Grace