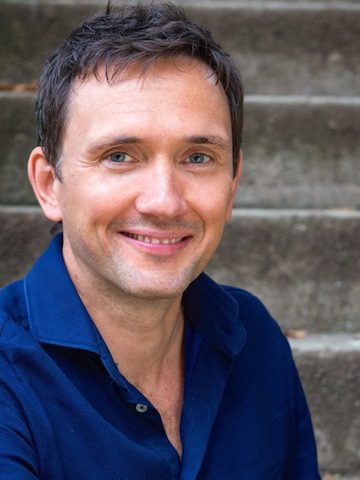 Ard Louis is a Professor of Theoretical Physics at the University of Oxford, where he leads an interdisciplinary research group studying problems on the border between chemistry, physics and biology, he is also Director of Graduate Studies in Theoretical Physics. From 2002 to 2010 he was a Royal Society University Research Fellow at the University of Cambridge and the University of Oxford. He is also the International Secretary for Christians in Science and an associate of the Faraday Institute for Science and Religion. He has written for the BioLogos Foundation, and has been on the Board of Directors since 2011. Prior to his post at Oxford he taught Theoretical Chemistry at Cambridge University where he was also Director of Studies in Natural Sciences at Hughes Hall.

Louis was born in the Netherlands and raised in Gabon, Central Africa. He received his first degree from the University of Utrecht and his Ph.D. in Theoretical Physics from Cornell University. He maintains an active interest in international students and development issues and is on the board of Arca Associates, an international development organization.

In 2017, Louis appeared on National Geographic Channel’s The Story of God with Morgan Freeman episode Proof of God. Louis used an example from the world of mathematics to demonstrate his point that science and faith can coexist. The Dirac equation, first proposed in 1928 by British physicist Paul Dirac, not only predicts particle behavior at high energies and velocities equivalent to the speed of light but, as Louis informs Freeman, also predicted antimatter, whose existence was observationally confirmed in 1932. This, for Louis, demonstrates the beautiful, rational order of the universe, and suggests a creator God behind it. “Too many people think of science and faith as two opposing worldviews, each trying to tear the other one down, but nothing can be further from the truth,” Freeman claims after contemplating his discussion with Louis. 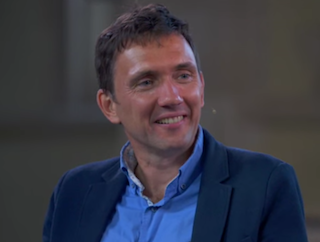